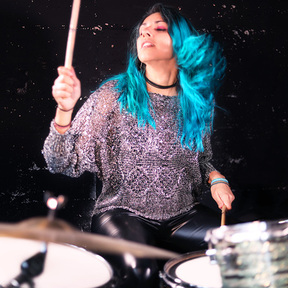 Jasmin Guevara is one of the hottest touring drummers in the music scene today. She's played in various countries around the globe including Norway, Costa Rica, The U.K., Marshall Islands, Canada, Iraq, Kuwait, and all across the United States.

Most recently, Jasmin Guevara could be heard slammin’ skins with national touring act, The Red Elvises, as well as electro dance-duo Killing Karens. Before touring, Jasmin performed with the house band for one of Hollywood's most exclusive clubs, The World Famous Beachers Madhouse. She is endorsed by Pork Pie Drums, Promark Drumsticks, Evan Heads, and Soultone Cymbals. 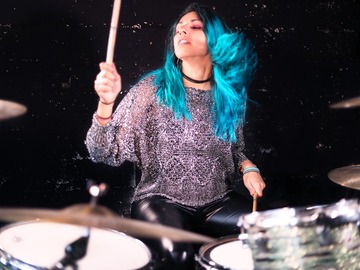