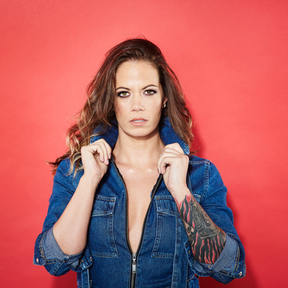 Brynn Taylor has been the nexus of music, fashion, entertainment, and nightlife since her arrival to Los Angeles. She has earned her place as one of the most versatile and skilled award-winning female djs in the music industry. From exclusive experiences like Hakkasan Group’s New Years Eve Party at Caesar’s Palace in Las Vegas with The Backstreet Boys and Calvin Harris, to thrilling theme park take-overs like Pride Is Universal at Universal Studios, Taylor engages in a variety of music-based entertainment opportunities across the US. Brynn Taylor can be found entertaining the likes of everyone from Paris Hilton to Pussycat Dolls, in the club or on the screen.

Taylor has maintained several residencies at West Hollywood hot spots including The Abbey (voted "Best Gay Bar in the World" by MTV’s Logo Network), Micky’s (popularly featured on RuPaul’s Drag Race on VH1), and Rocco’s (co-owned by Lance Bass). She consistently influences spikes in revenue with cutting edge playlists including her original tracks, mashups and remixes.

Brynn Taylor’s style is bold, versatile, and cutting edge. Attracting brand partners such as MAC, Guess and Marco Marco, her public appearances and red carpet looks feature a creative take on sexy and style. She is a fearless fashion revelation, pushing the boundaries of typical female-identifying conformity.

Brynn Taylor’s eclectic repertoire, infectious energy and sheer talent have helped pave the way to widespread recognition, earning "Best West Hollywood DJ" by Wehoconfidential.com. Her personal connection to the LGBTQIA2S+ community, unique character, and music artistry provides a space for every individual to feel free and liberated through dance.

As a Graduate of The Second City LA’s Conservatory Program, along with a Bachelor’s Degree in Theater Arts from UNL and Master-level Host training through CMEG, Brynn Taylor is a natural emcee and proficient vocal talent on-stage and on-camera. She has hosted contests, live streaming events, nightlife events and game shows at legendary locations including Whisky A Go Go, The Bourbon Room, and the infamous Truck Stop.

In addition to being featured in a variety of International Media/Press outlets and Red Carpet events including Access Hollywood, Cosmopolitan and Life & Style, Taylor has opened for and performed alongside a long list of celebrity artists including Cyndi Lauper, Ciara and Jordin Sparks. Brynn Taylor’s list of clients include the Miss Universe Pageant, Victoria’s Secret, Velocity Dance Convention, and Equinox.

Brynn Taylor is best experienced live. Stay on the look out for Brynn Taylor's remixes, collaborations and original tracks including RuPaul’s Drag Race Season 10/All Star’s Season 5 Artist Mayhem Miller's "Queen Of The Party (feat. Brynn Taylor)” available on iTunes, Spotify, and all other music platforms.

Did you know…?
Visibility for the Lesbian community continues to be a high priority for Brynn Taylor. During a time when Queer-identifying people were commonly depicted as cartoons in print advertising in the beer industry, Taylor was one of the first out lesbians to break marketing barriers by appearing in a National print ad campaign “Now Is The Time” for Coors Light. Most recently, Taylor was featured as a lesbian-identifying dancer in Melissa Etheridge’s “As Cool As You Try” music video. 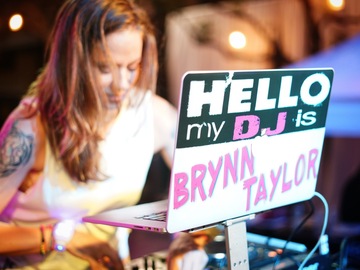