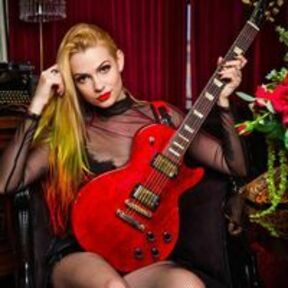 I was a super into the arts as a kid. I started dance, violin and piano at 4 years old. I then added flute, guitar, bass, vocals, and drums. All throughout high school I played and toured all over California with many bands and grew a good buzz around town while playing the sunset strip every weekend.

I graduated valedictorian of my high school class. Contemplating between a math major or a music major, I decided on music. While in college, I was cast as a guitarist on Glee and played with Adam Lambert. Afterwards, I acquired a degree in guitar performance from Musicians Institute in Hollywood. From then on, I’ve been so busy that time has flown by. I was picked up by a talent agency, booking me in all sorts of film and print. I booked shoots such as HTC, Visa, Star Wars promos to name a few.

I received a dm from Alicia Vigil asking me to audition for the She Demons, which was a band put together by the Misfits’s very own Jerry Only with me on lead guitar, Priya Panda on vocals, Kiki Wong on guitar, Alicia Vigil on bass, and Jess Goodwin on drums. All of these women are such bad asses and inspire me every day. We were prob the coolest band I’ve ever seen and still stand by that. We toured all over with the Misfits as direct support. I have to say, I had the time of my life with those amazing people I still call family.

When the She Demons disbanded, I needed a new gig fast so I used my music degree and obtained a job as a music teacher. I love my students but it wasn’t being on camera or touring so quite quickly I began playing in many other bands and projects, touring and gigging. I was cast on the Purge TV series and they used my image on billboards all over the world, which absolutely blew my mind to drive by and see myself on billboards in Hollywood, New York, London etc. I started gigging with Shiragirl and played a bucket list of mine, Warped Tour, as well as other large festivals.

Due to covid, all my tours stopped and it gave me time to work on my solo music! I’m dropping my 3rd single on 1/29 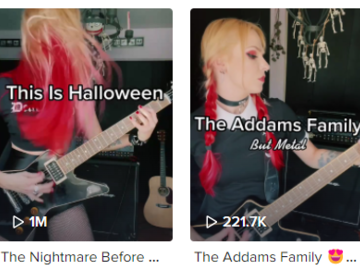 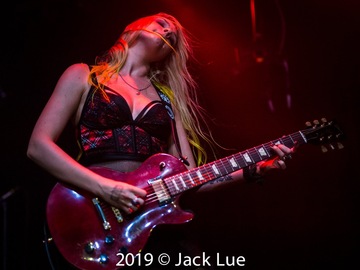 Shira Yevin about listing Guitarist for hire 12 months ago.