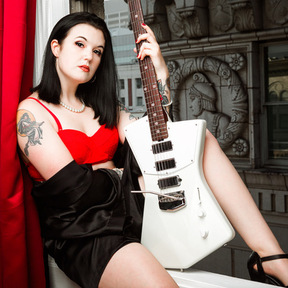 From punk rock to classical to hip hop to jazz and all styles in between, Los Angeles musician Alex Nicole Windsor has experimented with a little bit of everything. Originally from Chicago, she earned her Bachelor of Arts in Music (with an emphasis in jazz) from North Central College. After graduating with high honors, she immediately began writing, recording, teaching, and touring across the US. She relocated to LA, where she has served as a hired gun for sessions, performances, and film scores. Alex has had the privilege of sharing the stage with established artists such as Matisyahu, Lita Ford, MAYDAY, and Jack Russell’s Great White.

In addition to playing guitar and bass for a wide variety of artists, she most recently served as the Music Director and house guitarist for the monthly all-female Gritty in Pink events held at the Satellite in Silverlake, Los Angeles. When not on stage or in the recording studio, Alex can be found behind the scenes of Guitar Center’s music lesson program developing curriculum as the Education Specialist. She also frequently writes lessons, interviews, and product reviews as a contributing editor for Guitar Girl Magazine. 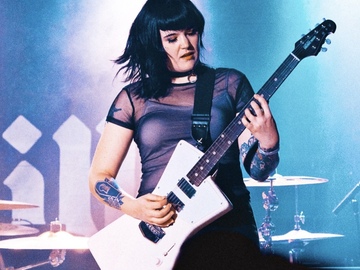 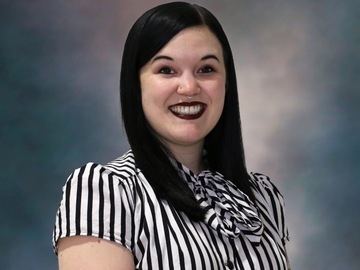 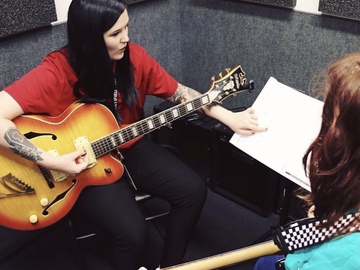 Devin Papadol about listing Guitarist & Bassist For Hire 27 days ago.

Shira Yevin about listing Guitarist & Bassist For Hire 12 months ago.